Religion is here to stay

I wrote most of this a few months ago, but a recent watching of the movie Agora prompted me to edit and post it.

Consider this quotation, attributed to Seneca, a Roman senator who was born around the year 4 B.C.:

“Religion is regarded by the common people as true, by the wise as false, and by the rulers as useful.”

There is a tendency to believe that religious extremism is a recent phenomenon, but if you look carefully, it seems to date back to the beginnings of civilization itself.

The first ancient tribes had their gods and superstitious beliefs.  I’m willing to bet you didn’t get very far in native tribal society if you started expressing doubts about the Great Wolf Spirit.

It must have been around that time when rulers realized the power of controlling one’s beliefs from a young age.

If you can convince an entire population that their fate is controlled by some deity in the sky, you can get away with horrid behaviour and not worry about them turning on you. 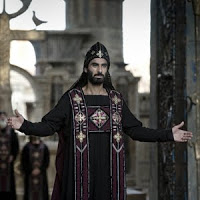 Once they believe, you just slot yourself into the “divine” command hierarchy as a priest or cleric. Your followers’ blind faith equals an instant army, ready to carry out your commands.

This is the root of religious extremism. It has nothing to do with good, evil, or a great spiritual battle. It is the result of people seeking power for their own benefit.

There have been, and always will be leaders with the will and talent to exploit the human desire for something to believe in. And I suspect there will always be lots of people willing to give up their own free will and follow.

There are many positive aspects to modern religion – morals, charity, social interaction, friendship – but unfortunately, a lot of the bad traits from the ages have remained.

Perhaps some day we will manage to extract the best parts of religion, and leave out the rotten stuff.

Until then – Plus ça change, plus c’est la même chose…
<< Copying is NOT Theft! :: Mobile Phone Watch Review: Final >>