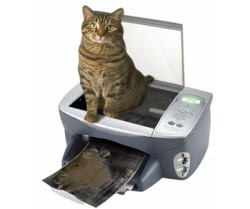 As a technologist, the recent Apple vs. Samsung lawsuit is extremely concerning.

I was hoping all of this software patent nonsense would go away, but Apple just proved that the new business model is more about litigation than innovation.

As a company that essentially "stole" the entire desktop GUI and mouse concept from Xerox, you have to wonder how they arrived here.

Ironically, this concept was subsequently "re-stolen" by Microsoft to create Windows -- one of the most ubiquitous, profitable pieces of software ever.

Naturally, Apple sued Microsoft in 1988, a long and bitter lawsuit that wasn't resolved until 1994, when Microsoft won.

In the midst of this, Apple was actually sued by Xerox, a suit that was dismissed.

In the Apple vs. Microsoft ruling, the court stated: "Apple cannot get patent-like protection for the idea of a graphical user interface, or the idea of a desktop metaphor."
They obviously took this to heart, and started patenting every damn thing they came up with -- "innovative" or not.
Now they've finally received what they were looking for -- damages for copying (what are essentially) ideas.
True innovation is always an incremental improvement on existing technology.
Meanwhile, patents are supposed to "promote the progress of science and useful arts, by securing for limited times to authors and inventors the exclusive right to their respective writings and discoveries"
However, in a world where 6-month old technology is considered obsolete, a patent that can last up to 20 years just doesn't make sense.
Now, with my project management startup, PMRobot, I have to consider the huge, impending risk that a large incumbent has a patent "war chest" they're sitting on, just waiting to unleash it as soon as one of their competitors are successful.
What are my options as a small startup?
I really hope the Apple decision gets overturned, and we start cleaning up this whole software patent mess.
<< Fix Toronto Streetcars Tomorrow :: WHY are YOU doing a startup? >>