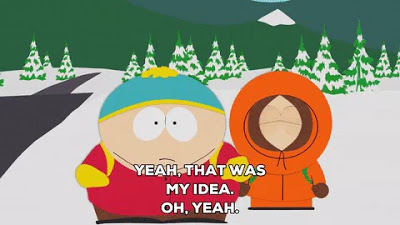 As I continue to go through my old blog drafts, this is another one from 2010 where I took down some rough notes and never quite put something together.

At the time, there was significant press (and a movie) about how Mark Zuckerberg has “stolen” the idea for Facebook from the Winklevoss twins.

I would argue that there was very little original or truly innovative ideas that went into the core functionality of Facebook.

On the other hand, it was pretty innovative to build up a huge database of his classmates’ information without their permission… ☺

—
I’ve read Atlas Shrugged cover to cover, and I totally get the theme and the very real problems it discusses.

What I don’t understand is how anyone thinks that modern intellectual property laws provide any type of solution.

If anything, they tend to make matters worse, since people that come up with the most profitable ideas today are usually bound by agreements that automatically assign the intellectual property over to their employer.

—
I keep coming back to being confused about how using the words “steal” and “property” in the context of ideas.
No idea is truly original. It’s always a refinement or evolution of previous observations.
If you “steal” someone’s “property” then the original owner no longer has it.
On the other hand, if you “copy” an “idea” no definitive harm has been done.
One might argue that the original person who had the idea might then have less an opportunity to capitalize on that idea, but there’s no way of knowing what they might have intended to do with it, nor the resulting profit/loss/etc.
It’s generally accepted in the business world that execution matters more than the idea itself.
—
Meanwhile, the patent system and intellectual property laws of today no longer protect the inventors themselves.
These laws just make it easier for the ultra-rich to hoard ideas and restrict use to increase their companies’ profits.
How does this help anyone, really?
As you can see, I still don’t have all the answers, but the arguments I hear on this topic continue to give me a strong feeling of dissonance.
After 8 years, I’m still pretty stuck on this one… But maybe someone out there has some new ideas I could steal? ☺

—
My original rough notes:
- If you “steal” an idea from me, it is wiped from my brain? Do I no longer have the idea?
- People say Mark Z. “stole” the idea for Facebook from someone else?
- Perhaps he deceived them into thinking he was working on their project, but he didn’t steal anything
- He probably realized they had no clue what they were doing
- If he had stayed with them, the site probably would have been a disaster
<< Making websites efficient again :: Society 2.0 >>