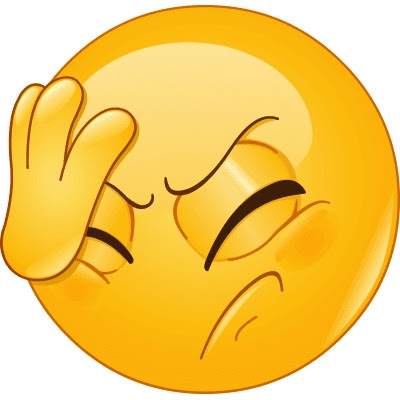 About a month ago, before the big Cambridge Analytica scandal, I wrote that "Facebook is over."

My feeling was strong enough that I divested all FB holdings the same day.

Glossing over the details at the time, I simply stated that Facebook had "lost its way."

After posting, several of my friends and relatives (on Facebook, of course) suggested that I should create the Next Facebook.

Funny enough, I'd already been there and done that. My reply: "I started a project called "FriendPortal" in 2003 that was to be a simpler, better alternative to Friendster. Before I could finish it, some scrappy Harvard kid beat me to the punch. Somebody will make the "next" Facebook. Odds are decent that it won't be me

I thought it would be interesting to go a bit more in-depth on this topic.

Once Facebook started gaining critical mass in 2007-ish, it was becoming a really convenient way to keep in touch with friends and family.

The site was relatively clean, simple, and easy to use.

Unfortunately, 2007 was also the year they introduced Apps (aka. Platform) and Pages.

Looking back, this was clearly the beginning of the end.

Pages were a solution to a real problem. People kept creating personal accounts for companies and organizations, in violation of Facebook's terms and services agreement. This created a huge hassle and a lot of work for Facebook staff, so Pages gave these organizations a "legit" alternative.

Platform, on the other hand, seemed like a solution that was looking for a problem. Almost immediately after introduction, spam apps and spam bots flooded the network and Facebook was practically unusable for a while.

Various patches and fixes were applied hastily, but I don't think people ever completely forgave this unexpected, noisy intrusion into (what they deemed) their own quiet personal space.

Where we are now

In 2018, it's clear that use and abuse of the Facebook Platform may lead either to a spectacular implosion of Facebook, or perhaps (more optimistically) a real pivotal moment where they will make some major changes to address the related problems.

So what do you do if you want to avoid Facebook, but still get your social media fix?

As you can see, the alternatives, frankly... suck.

Why do they all suck?

Why? This is a tough one. There's a lot of suckage, and a lot of reasons.
I think one of the key reasons is this: Overmonetization. (Grammarly says that's not a word, but it really should be)
Basically, it doesn't really take that much money to operate a website like Facebook.
For example, Wikipedia has comparable levels of traffic. It's about #5 in the world, compared to Facebook's current #3 ranking.
The entire Wikimedia foundation (which does a lot more than just Wikipedia) in 2017 employed 280 people, spending about $33m in salaries, and $2m for hosting costs. (source)
Facebook, on the other hand, employs ~25,000 people. They spent nearly $20b on operations and still ended up with a $15b profit! (source)

Those insane profits come with a price. And they're not sustainable in the long term.
Facebook is burning up tomorrow's goodwill for today's profits.
On top of that, consider the societal benefits of Wikipedia vs. Facebook.
Which one contributes most positively to the human race?
Which one has helped undermine democracy?

As far as I'm concerned, there has not been a better time since 2002 to create a new, innovative social networking platform.
Should the next major innovation in social media follow the same business model? Does it need to be overmonetized in the same way?
Or have we learned some important lessons that will lead to better ways to connect online?
So you tell me: What's next?
<< Why are we still using attachments in 2018? :: WhatsApp? Signal! >>