Ideas have no value. Implementation does. 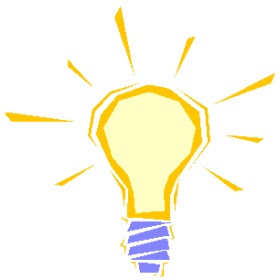 An idea with no action or implementation is worth exactly zero dollars and zero cents.

I have ideas all the time. Most are complete crap. Some are decent. But none of them have any value at all until I actually do something about them.

Some will argue, "but if I have a great idea and patent it, I can sell that patent to a big company for millions!"  That's fine. Patents have value. The ideas behind them are still worthless on their own.

Derek Sivers explained this quite nicely back in 2005:

It’s so funny when I hear people being so protective of ideas. (People who want me to sign an NDA to tell me the simplest idea.)

To me, ideas are worth nothing unless executed. They are just a multiplier. Execution is worth millions.

An idea is certainly a prerequisite for a valuable endeavor, but until you add the action and implementation, it's all just hot air.
So don't be so protective of your ideas!  They are not unique little flowers.  A hundred people have probably already had the idea and simply not done anything with it.
Your idea will only have value once you start doing something about it, so get cracking! :)
<< Privacy law protects the guilty and penalizes the innocent :: Copying is NOT Theft! >>